From Chemical Rockets to Open Source

How a young Australian discovered Open Source, a career and that code is a frontier for human rights battles. 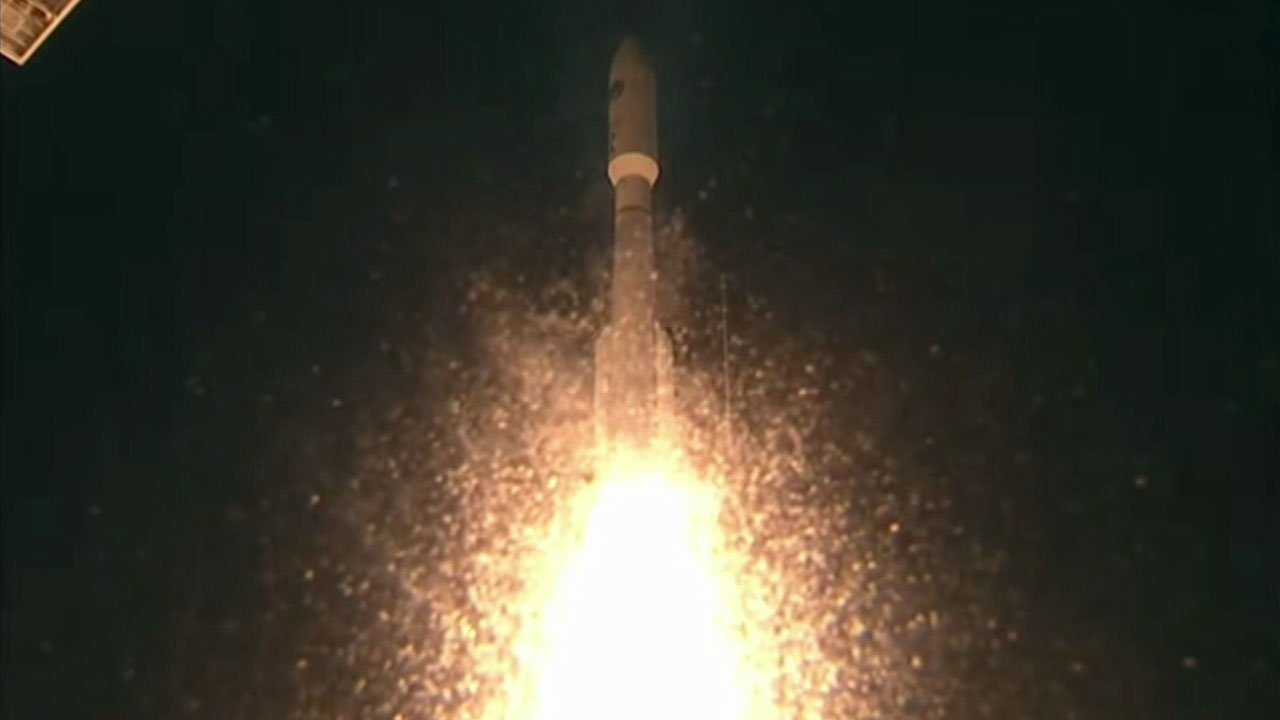 It isn't often I come face to face with myself after a twenty-something year break, but I did yesterday.

As a first year university student at the South Australian Institute of Technology, I wandered into an Adelaide company called Australian Launch Vehicles (ALV), a company I noticed when driving around doing landscape gardening oddjobs. “Launch Vehicles” sounded very cool, so in I went. ALV was founded by a pair of entrepreneurial rocket scientists. Despite decades of rocketry history in South Australia originally thanks to British military ambitions for nuclear weapons, there was no local space industry. Establishing a new Australian spaceflight capability in 1987 was very ambitious.

The founders kindly spent time talking to me, and explained that one of their biggest problems was that ground control software would be hideously expensive. Software? Now I was hooked. That comment had unintended consequences.

Thanks to my parents' foresight and provision I had already been using FidoNet modem-based bulletin board (BBS) networks through my school years. FidoNet was freely-distributed software and I had always been fascinated that you could actually talk to the developers. The logo was a dog with a diskette in the 80s version of emojii.

At the South Australian Institute of Technology I discovered the pre-Internet forum technology called Usenet which was larger than the Internet at the time, and still exists today. I found it amazing, all those people doing what we now see as normal Internet activites. I wrote a crude search engine that would crawl for my keywords overnight and send me relevant articles.

I kept noticing the contrast between the software development model used to create Usenet and how software written written in the commercial world worked, where some people working in isolation will sell you floppy disks. But here in 1988 Usenet had downloadable source code, patches and fixes being emailed out so you could keep up to date, and new versions on a daily basis. Just like cloud computing today.

I was so enthused by what collaborative software development could do for spaceflight that I posted this Usenet message worldwide and emailed the same message to the electronic postmasters of every organisation I could find - basically an early piece of spam. It is a strange feeling re-reading my words as a twenty year-old! I was deluged with hundreds of responses, many from seasoned computing and/or aerospace professionals with computing backgrounds. I spent weeks corresponding with people all over the world. Best of all the Institute Computer Centre gave me the rare privileges of disk space and Internet access on my account on the VMS computer cluster. It wasn't their job but I am forever indebted to VMS supremo Rollo Ross for letting me loose.

After a while I decided it really might be possible to write and test rocket launch control software. The director of Research for the Institute and the head of Computer Centre came with me and talked to the rocket scientists. One of them in particular, Peter Winch, suggested an angle you I could tackle. So then I went around the Institute (being completely unused to how academics work, and the way they say things) and put together an alternative project and posted followup, this time with my rare privilege of being able to write to the Usenet forum sci.space: http://tinyurl.com/22qzq7 . My project never had much of a chance, because the main act was Australian Launch Vehicles and after a period of trying gloriously they went out of business.

The whole experience started me off on something new. I had felt the power of a technical discussion where highly competent people treated me as an equal, over a global network. I discovered and wrote tools that let me analyse what people were saying anywhere on Usenet, and discover
who was likely to have similar interests to me. And I learned that global development of source-available software had been going on for decades.

I was particularly interested to see what could be done with collections of this free software, and what it was like to work on internet mailing lists writing it. So I set myself to learn everything I could. Eventually, years later, this kind of software became respectable, and got a name. Open Source Software.

And ALV? All the people have moved on of course but the internet hasn't entirely forgotten. Peter Winch is listed at this space conference in 1990 speaking alongside Buzz Aldrin . After a little investigation I was able to ring him up at an industrial plant... "So, remember when you were a rocket scientist in Adelaide...". We had a great old chat :-)

And now as our rights to a private life and even thoughts are under assault from the ever-more connected digital age, Open Source software with its provable security is one of the few things that can help us. I'm all in.
Posted by Dan Shearer at 08:40